Here is the update on the young otter that needed our help in May last year - see the gallery at the bottom of the page. Having a young otter visit your garden is not a common occurrence, even on Mull, let alone one that was so friendly that it leaned against your leg and peeped at you.  The cub was very thin and seemed disoriented, so on the assumption that it was probably hungry we offered it some fish.  Three fillets of mackerel were devoured with speed and with a full tummy, the young otter curled up in a ball and fell sound asleep.  Otters can be fierce and give a painful bite but this one was totally tame and not at all aggressive or afraid.

Having been totally absorbed in what to do for the best for a wild animal in need, we now found we had some time to appreciate that we had an actual otter sleeping at our feet. Our next thought was to get in touch with the Mull Otter group on the island for advice.  Our otter was clearly a youngster and we were advised that we should try and re-unite it with its mother in case it was simply lost. In the spring we had spotted an otter with two cubs in Loch Pottie and thought this might be one of the cubs from this family. We transferred the sleeping otter to the loch where it ran off, had a quick swim and then returned to sleep in a thicket for the rest of the afternoon. We took turns keeping an eye on it, and eventually at dusk, we left it, still sleeping, with some fish beside it.

The next morning we checked the lochside from dawn until mid-morning but the otter was nowhere to be seen so we hoped it had found its family. In fact, it had found its way back to our garden and was looking for lunch.  We spent a lovely afternoon with the young otter, totally tame, feeding it fish and boiled eggs. It already looked in better condition and had frequent naps in the sun. The scientists amongst us examined the otter’s spraint (poo) and found there were no signs of the usual otter food remains such as fish scales or bones, just vegetable matter and seaweed. This helped everyone decide that the cub must have been separated from its mother for some time and needed to be cared for.

Sue and Darren Morley of Mull Otter Group collected the little cub later that afternoon.  Knowing how fierce otters can be they arrived with heavy gauntlets and nets and were totally amazed to find our otter playing happily with us in a bathroom, munching on boiled eggs. They kept the otter for a night and then arranged for it to be cared for at the International Otter Survival Fund (IOSF) on Skye, with the handover at Fort William the next day. Grace and Paul Yoxon of IOSF named the little otter Bealltainn which is Gaelic for the first of May, the day the otter was found and confirmed she was a female cub.

IOSF helped Bealltainn regain her strength and she is growing well in her own large enclosure with a natural peaty pool. Ben Yoxon very kindly keep in touch on how Bealltainn is progressing - she loves her food, particularly the octopus provided by local fishermen and lying in the sun amongst the vegetation in her enclosure.

The only concern is that Bealltainn is so unafraid of humans, so contact is kept to a minimum, but she still hasn't developed a wild side. They will care for her at the sanctuary as long as is necessary and we hope it is possible to return her to the wild to live a long and happy otter life.

A few months after Bealltainn found us, another young otter was seen on the edge of Loch Pottie.  However this one was very wary of humans and seemed fairly healthy so we didn’t have a chance to catch it. We wonder if this was the second cub that we had spotted with its mother in the spring, and if something had happened to the mother, we hope it learned to survive on its own.

The IOSF do amazing work with otters world-wide.  Rearing Bealltainn will cost IOSF about £1,600 for food, vet bills, etc. A visit to www.ottershop.co.uk has a link to allow you to adopt an otter (including Bealltainn!) or donate to support the work of IOSF. As they say, “No amount is too small as it will buy a fish for an otter.” 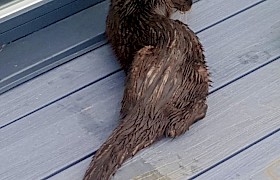 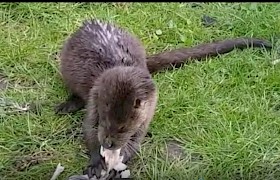 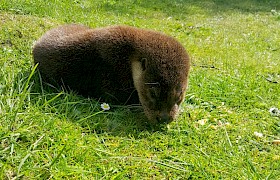 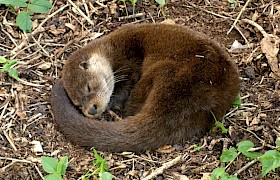 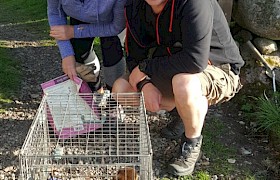 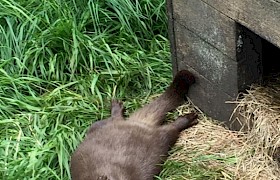 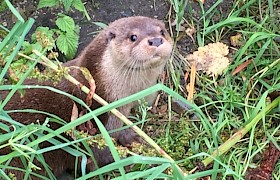 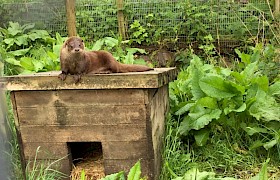 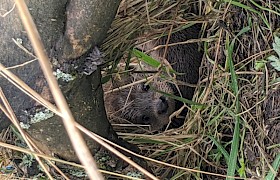 "Jottings" from our guest Philip